You are a planeswalker.

In Magic: The Gathering, a planeswalker is a powerful mage who is able to travel across the planes of existence. There are infinite worlds across the Multiverse, and planeswalkers are unique in their ability to move from one world to the next, expanding their knowledge and power through the experiences they collect there.

The Spark: One in a Million

One in a million sentient beings are born with “the spark,” the ineffable essence that makes an individual capable of becoming a planeswalker. Of those born with “the spark,” even fewer “ignite” their spark, enabling them to realize their potential and travel the planes. Most planeswalkers have their spark ignited as the result of a great crisis or trauma, but every awakening is different. A near-death experience might ignite a planeswalker’s spark, but so could a sudden, life-changing epiphany or a meditative trance that enables the mage’s grasp of some transcendent truth. There are as many such stories as there are planeswalkers.

The “Blind Eternities” is a somewhat poetic term for the space between planes. The Blind Eternities are a chaotic, logic-defying place of quasi-existence filled with raw potential called Æther. Only planeswalkers can survive there, and only for a limited time. Mortal beings without the planeswalker spark are soon destroyed by raw entropy and uncontained mana that suffuses the Blind Eternities.

The Life of a Planeswalker

After the planeswalker spark ignites, one has the power to dedicate one’s life to a personal mission, whatever that may be. A planeswalker’s life is consumed with the exploration of the Multiverse, the discovery of strange secrets and experiences, and the plumbing of the depths of one’s own mystic soul. The life of a planeswalker is a life of choice and self-determination, unrestricted by the boundaries of world or fate. With the freedom to travel and the power of magic, each planeswalker has the power to carve his or her name on the face of history. 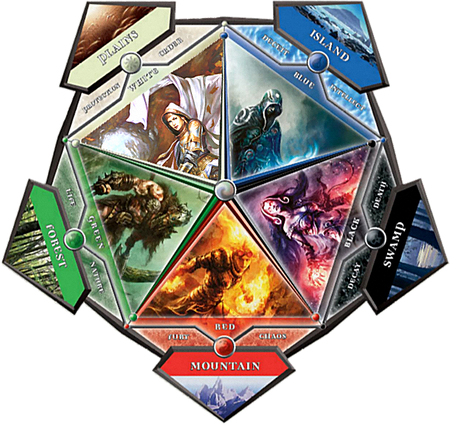 This information may be copyrighted. So it will be used in a way that qualifies as Fair Use under US Copyright Law. The information on this wikia was found on: http://www.wizards.com/Magic/Digital/Default.aspx or came from Magic the Gathering: Duels of the Planeswalkers: (Xbox 360 and PC Version's) The Information was gathered from Magic 2011. This information may be owned by Multiverse: Magic the Gathering, which is owned by Wizards of the Coast. The use of this information in www.duelsoftheplaneswalkers.wikia.com articles can be considered fair use because: It illustrates the topic of our articles. and no equivalent free and accurate information is available. The use of this information on articles other than those outlined above with legitimate fair use rationales may be a copyright violation.

Community content is available under CC-BY-SA unless otherwise noted.
Advertisement